Bon Jovi's This House Is Not For Sale Tour coming to Greenville SC! 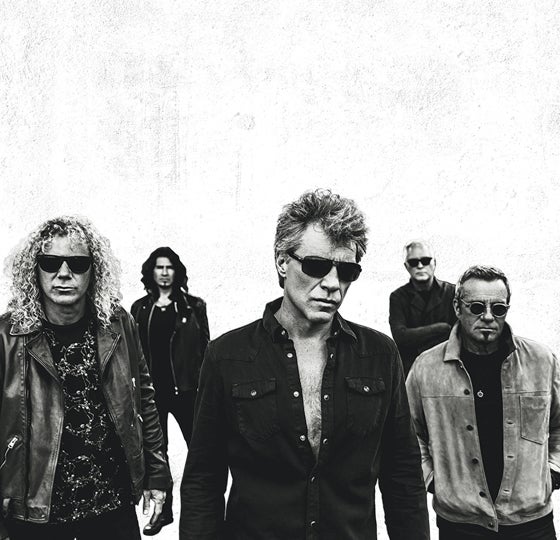 Grammy Award®-winning band, Bon Jovi today announced that the This House Is Not for Sale Tour, presented by Live Nation, will kick off on February 8, 2017 at Bon Secours Wellness Arena. Tickets go on sale Saturday, October 22 at 10am. Hitting arenas across the U.S., the iconic rock band will present anthems, fan favorites, and new hits from their upcoming 14th studio album, This House Is Not for Sale (out Nov. 4 on Island/UMG). As an added bonus, fans will receive a physical copy of This House Is Not For Sale with every ticket purchased.

This will be the band’s first outing since Bon Jovi’s 2013 Because We Can World Tour, which was their third tour in six years to be ranked the #1 top-grossing tour in the world (a feat accomplished by only The Rolling Stones previously). Bon Jovi’s touring legacy will be recognized Nov. 9th with the 2016 “Legend of Live” award at the Billboard Touring Conference & Awards.

As Bon Jovi rocks October to launch This House Is Not for Sale, the title track is already inside the Top Ten of the AC Radio Chart – it is Bon Jovi’s highest debut on that chart to date. Appearances/features are set with The Ellen DeGeneres Show (airing today), ABC’s Good Morning America, Nightline, Charlie Rose, Howard Stern, People and Billboard Magazine. On the road, the TIDAL X: Bon Jovi series brings Bon Jovi to four historic venues to perform live listening parties to reveal the album, start to finish, in New Jersey (Count Basie Theatre was held on Oct. 1), London (Palladium London, Oct. 10), Toronto (Queen Elizabeth Theatre, Oct. 17) and for the first time on Broadway for a TIDAL livestream (Barrymore Theatre, Oct. 20). This will be Bon Jovi’s first major release since What About Now (2013), the band’s 3rd consecutive multi-platinum album to debut at #1 on the Top 200 (Lost Highway in 2007, and The Circle in 2009).

For more info or to purchase tickets go to LiveNation.com Presented by Live Nation.