Three-time consecutive GRAMMY Award-winning duo Dan + Shay are gearing up to get back on the road with their headline Dan + Shay The (Arena) Tour kicking off with new 2021 dates beginning September 9 in Greenville, SC. Alternative pop rockers The Band CAMINO and 3x GRAMMY nominee and multi-platinum-selling singer-songwriter Ingrid Andress will join The (Arena) Tour as special guests!

Dan + Shay continue their rapid rise and are taking the music world by storm. The last twelve months have seen GRAMMY, Billboard, ACM, CMT and Teen Choice Award wins – most recently snagging several CMA Awards nominations, the accumulation of over two billion on-demand career streams, several mega-hit, chart-topping songs and more. The pair have already sold out headlining UK & US tours in 2019 and are set to embark on Dan + Shay The (Arena) Tour in early 2020, where they will perform from their ever-expanding array of hits including their most recent chart-topper “All To Myself,” their 2x Platinum, multi-week No. 1 single “Speechless” and the most-streamed song released in 2018, their multi-Platinum global smash “Tequila.”

Click HERE for our standard arena policies and our most frequently asked questions. Ticket prices are always subject to change without notice. Additional fees apply. 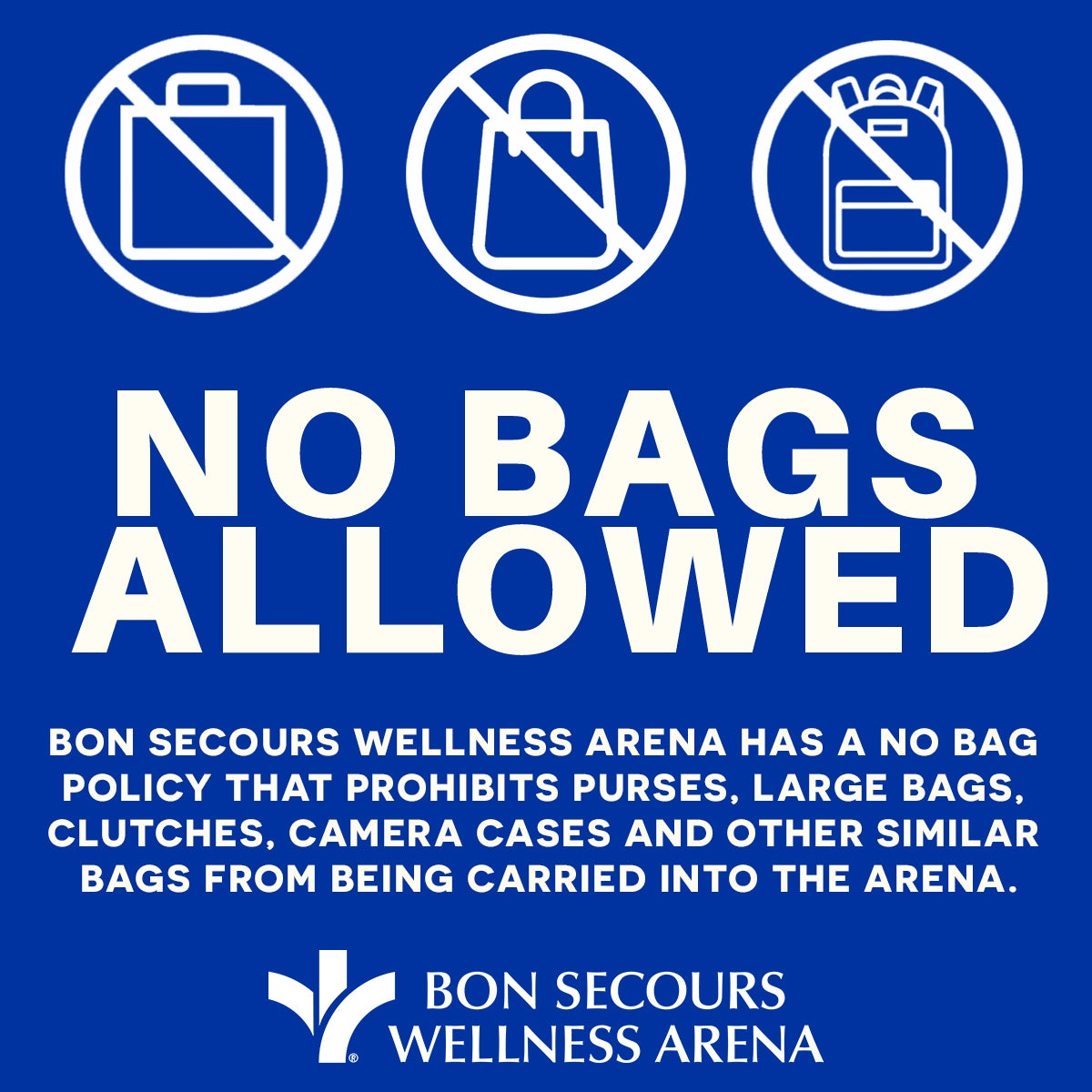 The Bon Secours Wellness Arena has a NO BAG policy for all events, including hockey, concerts and family events.

Permitted Items:
-Medically necessary items (subject to search upon entry)
-Diapers and other baby supplies can be carried in a clear bag
-Cell phones, pagers
-Small cameras without detachable lens (no cases)